You are here: Home > Membership > Notable Figures in the History of SCI Care > Profile of Sir Ludwig Guttmann 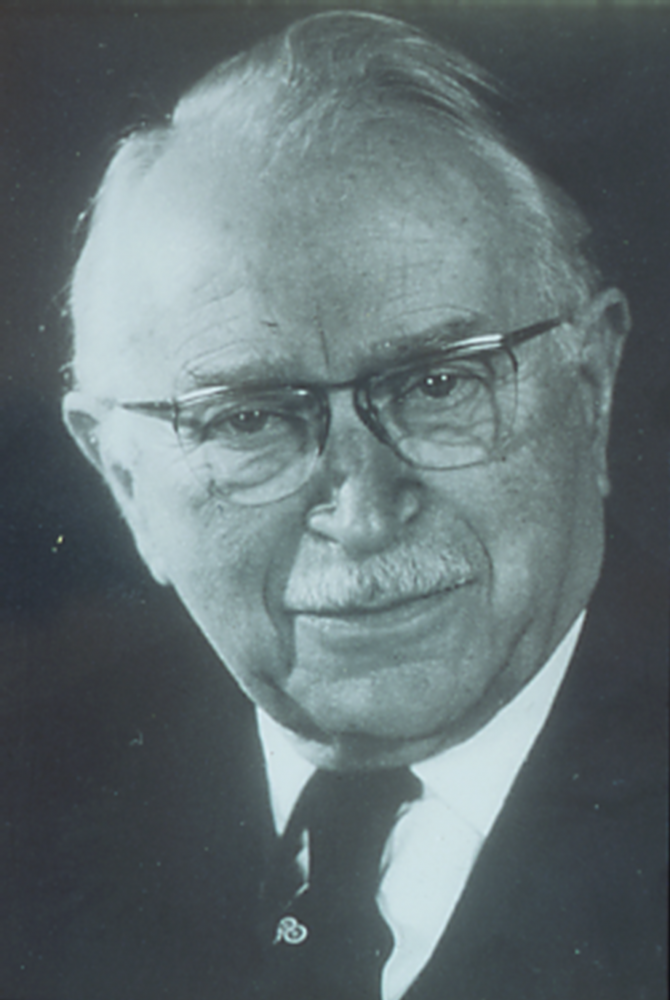 Sir Ludwig Guttmann, was born in a Jewish family in Silesia 3 July 1899. He graduated from Breslau and Freiburg Universities in 1924. He trained under the Otfrid Foerster in Wroclaw and was appointed as first assistant in 1929.  In March 1939 Guttmann fled Germany to England and began work as a research fellow at the Nuffield Neurosurgical department in Oxford under Hugh Cairns.  In 1941 Guttmann presented some of his pioneering research findings, and expertise in the management of neurological disability at the Royal Society of Medicine.  This impressed Riddoch who in 1944 invited him to set up what is to become the first Nationally & Internationally acknowledged Centre for the provision of an integrated and holistic Service to patients with spinal cord injury (SCI) from injury to end of life. Within a few years Guttmann completely transformed the outcomes of SCIs from an almost certain death to the enabling the paraplegic and tetraplegic patient to live healthy, enjoyable, productive, dignified and often competitive and lives. He demonstrated that with his model of service delivery by a multidisciplinary team almost all the complications following SCI are preventable and that some complications can negatively affect neurological and functional outcomes for life.

Guttmann had the courage to self-convert from a skilled and aggressive neurosurgeon to a strong advocate of Conservative management for spinal cord injuries. He condemned laminectomy having observed poor outcomes. Guttmann was the first to demonstrate discrepancy between the Xray appearance neurological presentation and neurological recovery. His insistence on accurate documentation enabled Frankel et al to develop the Frankel Classification documenting the Natural history of neurological and functional recovery following traumatic SCI . In 1948 Guttmann introduced sports in the management of patients and worked tirelessly to develop the International Paraplegic games and subsequently the Paralympic games for all disabled. He formed the International Medical Society of Paraplegia in 1961 and the Journal Paraplegia in 1963. He was respected by his peer in both developing and developed Countries. He lectured and helped develop spinal injury centres in many of these countries  He was received and honoured by many Heads of States. He was awarded the OBE,CBE and was knighted on his retirement by Queen Elizabeth II in 1969.

Guttmann was both feared and loved by his patients and his staff.  I had the privilege to be the last student taught by him when he had mellowed a little.

2 Paraplegia : All Volumes of the Journal are accessible free of charge from the website of the SPIRIT Charity:        www.spirit-charity.co.uk

5 BBC broadcast August 2012 The Best of Men, a TV film about Guttmann's work at Stoke Mandeville during

and after the Second World War. The film, written by Lucy Gannon

also accessible free of charge from the following website address: