The International Spinal Cord Society (ISCoS, formerly IMSoP) promotes the highest standard of care in the practice of spinal cord injury for men, women and children throughout the world. Through its medical and multi disciplinary team of Professionals ISCoS endeavours to foster education, research and clinical excellence.

ISCoS has a membership of Clinicians and Scientists from 87 countries. They regularly update their knowledge at the Annual Scientific Meeting held in a different country each year. ISCoS is continuously expanding both in membership and new horizons.

SPINAL CORD and SPINAL CORD SERIES & CASES are the official Journals of the International Spinal Cord Society and is the forum that attracts publications from clinicians and basic scientists who work in the field  of Spinal Injuries.

For registration and programme details, please visit  the ISCoS 2022 Website 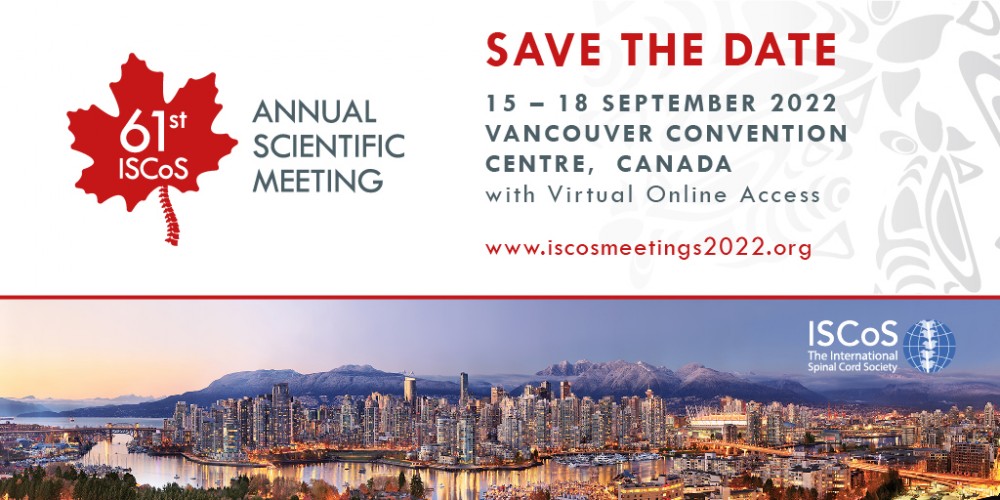 With the global community, we share in the sorrow and have deep concern for the people affected by the events in Ukraine. The horrific war has created a humanitarian crisis that requires cooperative international efforts now, and for the foreseeable future. ISCoS recognises that in emergencies and conflicts, persons with disability are particularly vulnerable, and such disasters will also inflict new trauma, including spinal cord injuries. Health workers and systems are directly impacted by overwhelming needs in the face of damaged or destroyed infrastructure, depleted resources and personal safety risks.

ISCoS is committed to working collaboratively with partners and lead organizations to assist and support the humanitarian response. We seek to ensure that the current and future rehabilitation needs of people are coordinated and based on needs identified by our professional colleagues and the communities in which they are working. ISCoS is a signatory to a Joint Statement on Coordinating Rehabilitation and Assistive Technology as Part of a Humanitarian Response in Ukraine.

Working collaboratively with WHO, Ministry of Health and International Partner Organisations we anticipate future roles including support for training, navigation for SCI resources and long-term rebuilding of the devastated health systems.

Covid-19 and SCI: Staying healthy with the help of Telecommunication and Telehealth

We promote the highest standard of care